Role of influencers in consumption

A Cetelem Observatory survey conducted by Harris Interactive in March 2018 provides us with valuable information on the weight and role of influencers in today’s and tomorrow’s consumption.

It’s a good time to take stock of this constantly evolving trend and how the French consume.

An influencer: what is it?

As traditional advertising begins to falter and consumers feel overwhelmed with too many promotional messages on a daily basis, brands must invent new ways to connect with their consumers and prospects .

Indeed, a Swiss study shows that advertisements are less and less credible for consumers . At the top of the ranking: professional magazines which reach 30.6% credibility while the internet channel is last with 6.1% credibility. This survey must be correlated with a 2015 ASC study indicating that in Canada, online advertising content is not at all trustworthy for 56% of respondents (it is, again, newspapers that do the best). In France, it seems that television advertisements are more appreciated by consumers. However, the over-broadcasting of this type of promotional content tends to exasperate the public, who are increasingly turning away from it .

Thus, with the emergence of social networks and web stars, some brands have had the idea of taking advantage of the notoriety of a few people followed by millions of fans to get people talking about their product.

The concept is simple: an advertiser asks an online content creator who has some influence with a specific audience to recommend their product . Influencer marketing was born. After the stars who appear in television spots (George Clooney for Nescafé, for example), make way for internet influencers.

By the admission of one influencer on Instagram , someone who has more than a million subscribers can get a salary of up to 100k euros per month.

However, apart from advertising, the first influencers are above all our relatives who can recommend one product to us rather than another. So, whether we like it or not, we are constantly influenced .

The French and consumption: what does this survey reveal to us?

After this introductory paragraph, let us return to our study.

Here are the main results of the survey:

What should be deduced from this?

It seems obvious that advertising is a sector in full evolution.

Yesterday we were witnessing a mass communication. Today, brands target their audience and audience more precisely in order to qualify their advertising messages .

Influencers are obviously part of this trend. Because companies know that word-of-mouth remains the most reliable method to improve their turnover , they do their best to give weight to their messages by obtaining the support of recognized people in their milieu.

However, let’s not be mistaken: although advertising remains, no doubt, less intrusive than before (a statement to be qualified), it remains just as present. After banners, make way for native advertising, programmatic and influence marketing.

Should we be wary of it? In fact, it all depends on how much trust you have in the person you are following. Some have the ability to sort out the companies that ask them to talk about their products, others take whatever comes.

In addition, it is interesting to note the opinion of community management specialists who emphasize the obligation to differentiate between audience and influence . The most influential person in a field is not necessarily the one with the best audience for a company. To meditate. 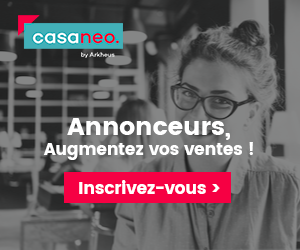 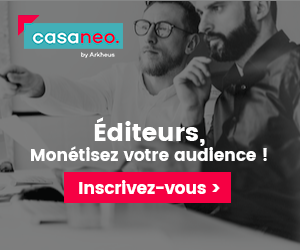